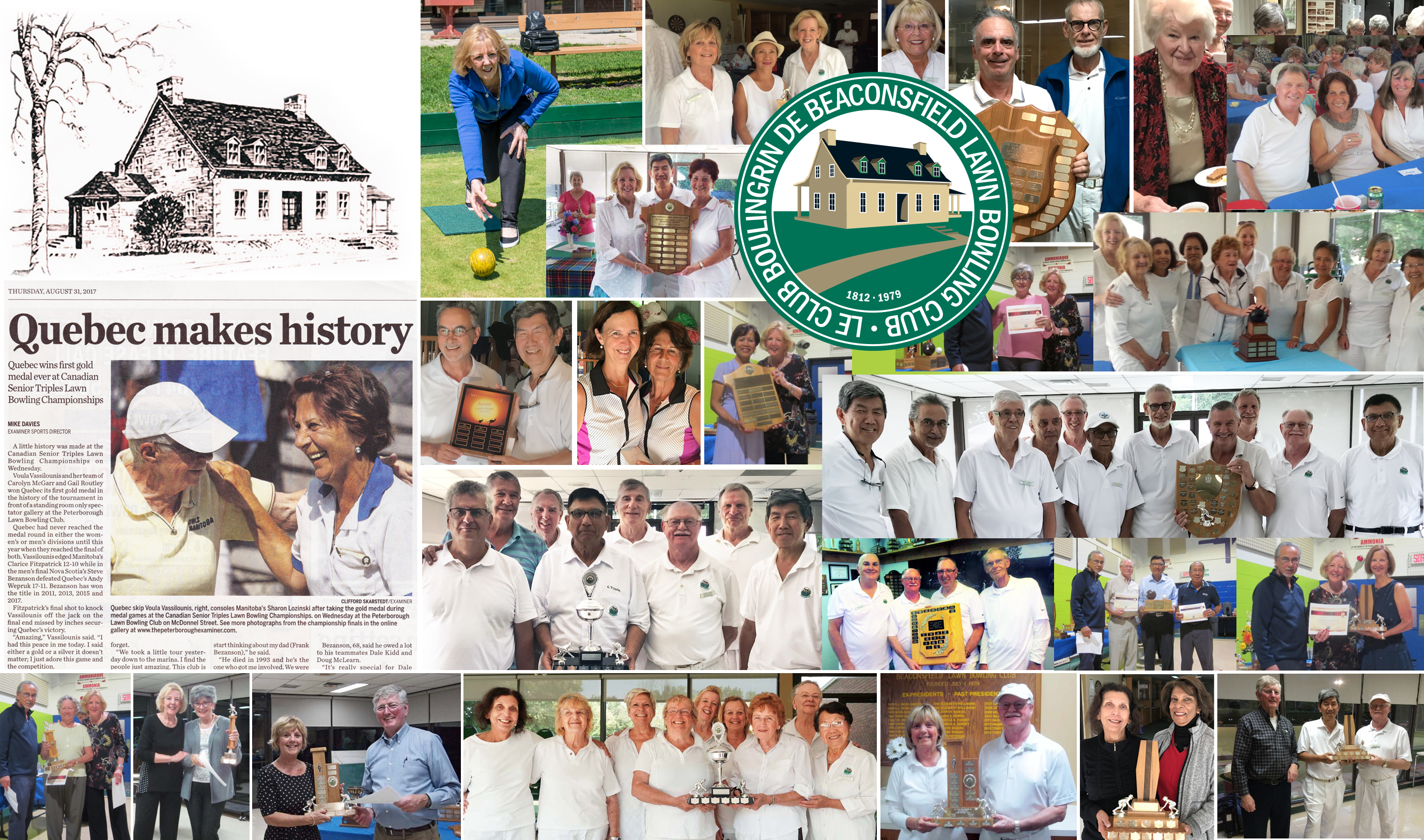 It is the mission of the Beaconsfield Lawn Bowling club to provide the environment and facilities, both sporting and social, such as will foster and promote sportsmanship, fellowship, and camaraderie amongst it's own members and members of the lawn bowling community at large.

The club opened with one green and a temporary club house. On July 1, 1980 the club celebrated its first birthday with 98 members present to bowl. Over the years a second green was built and a permanent club house built by the city, which is used for year round recreational purposes as well as by the bowling club during the summer. The new club was greeted with enthusiasm by the residents of Beaconsfield and other West Island communities. The regular social bowling events were occasions for the members to get together for friendly social contact. “Tags Down” on Wednesday, Fridays and Sundays, followed by Sunday afternoon tea drew in the general membership. Men’s and Ladies only bowling activities were added and still continue. While lawn bowling was the “raison d’etre” the membership grew over the years and the activities included many off green social events.

Today the club continues to welcome new bowlers during the season and encourages members to be active participants in the many bowling events during the year. There is regular bowling during the week along with bowling tournaments and social events during the year. St. Jean Baptiste, Canada Day, Oakes Day, Bill Gray Trophy, and many other events provide a friendly atmosphere for new and experienced bowlers alike. Members keep in touch during the off season through club sponsored games of whist, bridge, and Indoor Short Mat bowling.