Improving your knowledge of the game 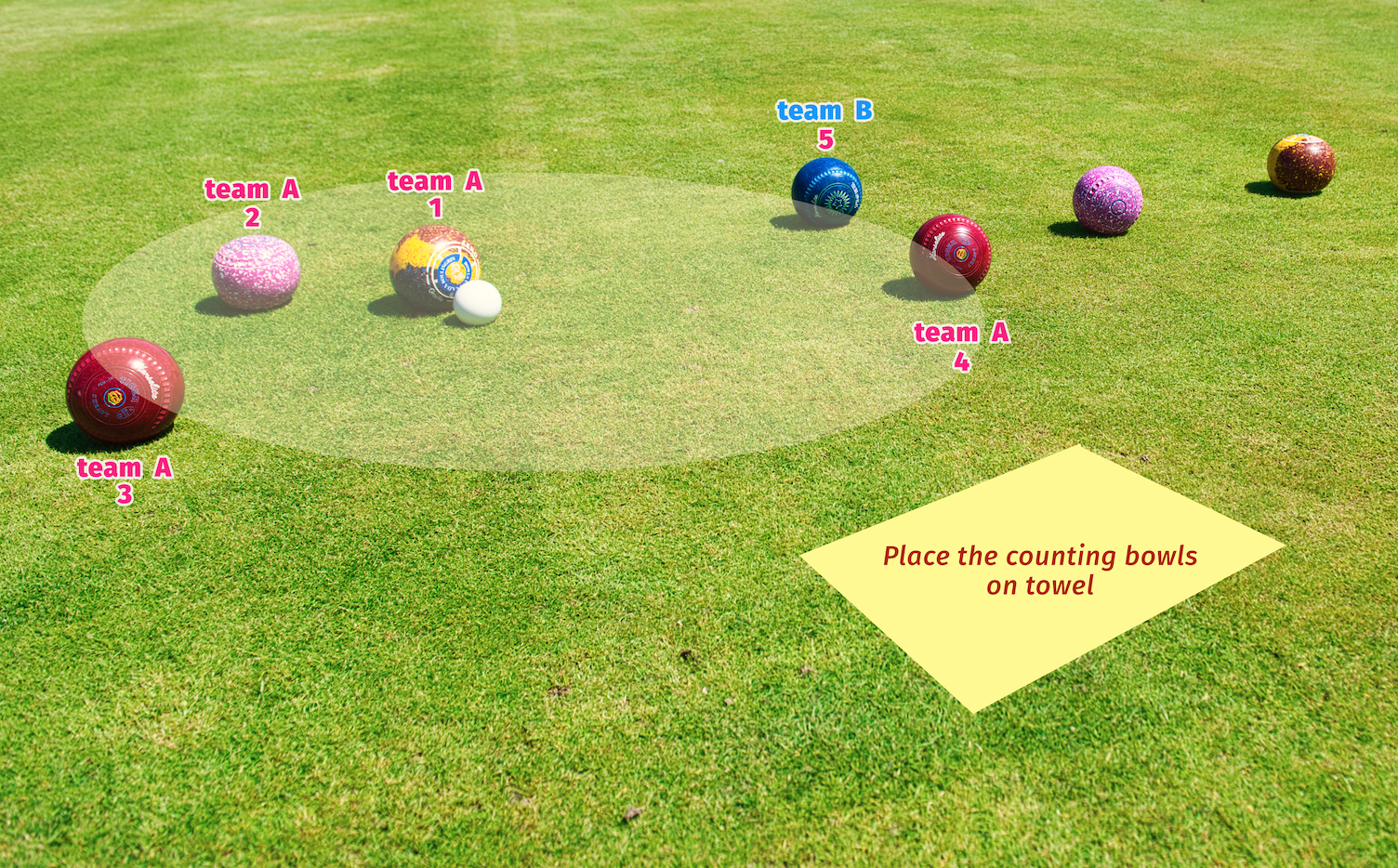 Scoring done in the correct manner!

In the above photo example, it is clear that bowl 1 is the closest of all bowls and belongs to team A.  It is then the responsibility of "Third" of the team B to place a towel on the green, clear of all the bowls in the highlighted circle of measurement and to remove from the head bowl 1 placing it immediately on the towel before any further assessment of the remaining bowls as to which one is next closest.

The "Third" from team A should stand aside quietly and let team B put bowl 2 on the towel as this is obviously the next closest bowl, team A now has at least 2 points with a few more potential points if bowl 3 and 4 are closer than bowl 5.

When it is determined that the 3 remaining bowls all appear to be at equal distance from the jack, the "Third" from team B must first measure the distance from the jack to the bowl of her/his own team, in this case, bowl no. 5.  Then bring the locked tape, mesuring from the jack to both bowl 3 and bowl 4.  If either of these bowls is closer, then it must also be placed on the towel.  It is only at this point should both "Thirds" convey the count to their respective skips at the "mat" end.

If in another situation where both teams have an equally distance bowl from the jack then there is no need to place a towel on the green as either team that is measured to be the closest will win just one point. Either team can choose to measure in this situation.

While we discourage coaching during our regular Tags Down games, only the following coaches are allowed to give quick advice to our members during game situations. We offer full coaching and drills on Tuesday and Thursday mornings at 9:30 am. Exceptions to this rule will be made when an experienced member is asked specifically to show the ropes to a new member.